Monetization can lead to chill!

Update [April 2019]: I’ve since been approved for (and implemented) Google Adsense, and deactivated my InfoLinks site code so as not to overdo things. This page covers quite a few worthwhile tid-bits of info for anyone starting a site, so give it a read and comment! 😀

There’s a certain amount of anguish, tumult, despair, and melancholy (among other descriptors) surrounding the proper setup and monetization of a website, when you have basically no money to put into it.  I will go into further detail about the absolute *hurt* which went into my journey towards building a proper site.  Hopefully you will have a better time of it and reap some sweet, expedited rewards🙂 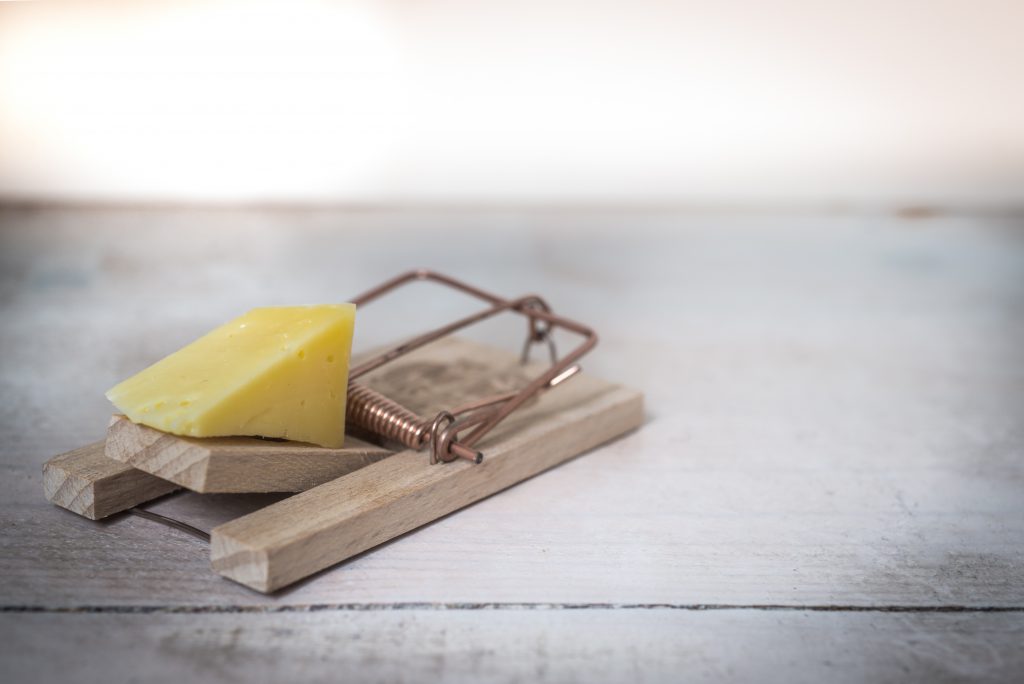 Don’t get too scared by my lead-in image 😉 …you’ll [probably] be fine!

Just in time for Halloween 🙂

It’s the 21st century and these things should seriously be more straightforward.  I have technical expertise and even I am incredibly baffled by the fact that modern site-building is so incredibly involved and tedious for folks to do without just hiring someone to do it for them.

Let’s do a thought experiment

Think of one or more of your favorite websites, or at least ones you frequent for whatever reason.  Obviously they offer something of value to their viewership which drew people in to begin with.  Even if it’s just checking one’s mail, there’s a reason that the person stops what they were doing in order to go to a website.  We can assume this ‘draw’ is standard for legitimate websites.

How do they make it:

Most of the answers to these questions are answered in an automated way when someone simply signs up for a canned host like WordPress or WiX.  This has been the case for several years now with various hosts, where the primary concern for a creative person with things to tell the world is to make their offerings worth a return visit.  I’ll go out on a limb here and suggest that, given the current tech that exists, most creators who remain on the canned-host path will at some point lose interest because they’ll eventually find that there’s little to no incentive for them to continue their hard work.

The beginner creator with even a moderately discerning mind can readily determine that their “success” will be limited if they’ve signed up with a host and use their free subdomain.  However, this one thought is the beginning of a MUCH deeper and scarier rabbit hole, should the creator dare to tread where few others have gone. 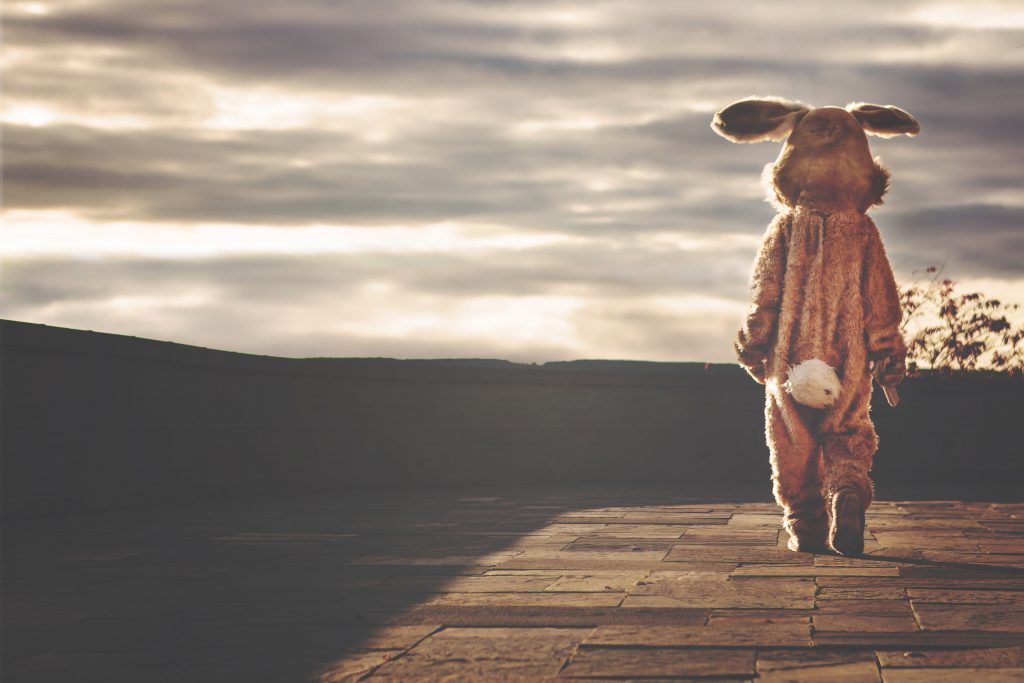 They’ll soon find that their free host has crucial limitations.  Sure their favorite, popular web host takes the guesswork out of:

But after the creator nails down their chosen domain name and sets the records up with their host, the question “What else can I do?” becomes readily answered in their mind with likely a slew of new things to consider.

What’s your goal, my fellow creator?  Like, what do you really want to do with it on the ‘net?

I would say that it’s *just* as important to consider how well it feels for your visitor to come see you as it is for them to read/see the story you have to tell.  Everything about your site speaks to others about you.  Does a “snazzy theme” capture enough of your essence to properly convey what you want your visitor to know about you and your content?  If you don’t tweak the theme to better reflect you, then is that still satisfactory to you?

You’ve also been wanting to enhance your user experience too.

A good theme helps, but you need to experiment with the CSS – Cascading Style Sheets – to make your site ‘pop’.  It helps to gain a better understanding of some of the technology used to support your delicious content.  I wouldn’t stop your tweaking there honestly, and would dive as deeply as you’re willing to go.  There’s MUCH more that can – and likely should – be “messed with” in order to more clearly enunciate your vision for your content.  You have a basic vision for your stuff, right?

Secure sure, but I thought hosts were supposed to be FAST?

If you’re thinking this, it’s a really unfortunate thing right?  The way pros do this is by getting with a Content Delivery Network (CDN) like Akamai or similar.  CDNs cache an amount of your site all over the world so that your site loads faster, and they generally do *much* more than just that (a lot more that I won’t cover here).  One thing I’ll mention is that they can protect you from the scary DDoS monster!  Security can be the hardest thing to get right on your setup, and was particularly difficult in my case given my host, but it was WELL worth it once I was able to establish the handshaking properly.

This isn’t specifically a site-hardening post, however just keep in mind that the use of SSL (the little ‘lock’ icon) gives your patrons a nice ‘feel-good’ about how secure their experience is on your site (especially for commenters), as well as adds a more modern tid-bit of help for your page rank.  File and image optimization, properly handling above-the-fold content, and being careful to either lazy-load or footer-specify your script files so that they don’t render-block are *really* nice considerations for ya.  Make it fast, make it secure, make it delicious in every way.

Oh! …and you wanted to know for a while: How can you make a living doing this?

The most widely-distributed method to monetize a website is to go with good ‘ole Google AdSense.  I have to say that first because maybe they’ll approve you this century?  If you can get that golden approval upon *beginning* your site, then you’re truly sitting pretty.  My second suggestion would be Media.net, but have you noticed a trend here?  I’m not even linking these two upright and respected means of monetization because well, they DON’T play nice with up-and-coming creators!  At least this has been my experience, and I don’t care if they’re watching either.  Yes, I’ve applied to both – got turned down outright by Media.net due to insufficient content (at the time) – and (as of now, it’s been well over a week) I’m still waiting for the big ‘G’ to even look at my site.

Monetization can start off as a bummer 🙁

But it doesn’t have to!  Please accept and warmly embrace the fact that you *will not* make a million dollars overnight with your content.  You are a superstar!  Visionary!  Master of the Content Universe!  …but you’re still likely broke AF and just trying to do anything which could possibly turn into a side-hustle.

Everyone’s gotta start somewhere, and the monetization giants seem unconcerned about neophyte creators at this point.  Sure, their rigorous policies ensure the best quality of traffic coming into their advertisers’ sites.  However for those just getting into the site-scene, “Big Tech” rejections are SUPER-disheartening, and they can and *do* negatively affect a creator’s flow.

Yeah I’m gonna plug, affiliate, and make a button to point at the banner place which approved me super quick!  Really appreciate that they care about new creators.  It feels good to have something to rely on as far as a worthwhile starting point from which you can build upon as you add to your content portfolio, and I’ve already seen a little starter bit come in from it (at the time I wrote this)!

Banners are UGLY.  Integrate them into your site!

You’ve worked hard on your site’s theme, look and feel, tweaked the CSS a good bit, and then this series of fugly banners come stomping all over your hard work!  Learning how to tweak banners  to make them work for you, meaning – actually integrate them, is not always straight-forward.  BE CAREFUL YOUR EDITS DON’T RUN AFOUL OF YOUR COMPANY’S TERMS OF USE

If you like what I do, please feel free to use my banner on your own site. The banner’s URL is:

…and please have it point to my home:

Thank you very much for considering it!

Javascript and jQuery are your frenemies

They really do want you to succeed, but they’re still largely unapproachable to many folks.  It’s not too bad to tweak some things on your site with JS and jQuery.  If you’re using WordPress as your CMS (I’m not talking about the host here, two separate concepts), then you need to ensure you’ve got a good plugin like Custom CSS and Javascript.  It helps so much, because the alternative can be SUPER less than appealing if you’re having to do terminal stuff to adjust permissions *just* so that you can ftp the files to your host, then revert them back in order for your site to properly use ’em, etc.

Coding is NOT chill, but all of this user-experience building towards a clean look even with monetization can lead to new, future moments of chill afterwards from all the love you put into your creative playground that you wouldn’t have experienced otherwise!

Little is more discouraging than having invested so much of your time and love into your Palace of Profound and Prolific Productivity, only for your hopes and dreams to be dashed when you view whatever analytics you happen to be using and see that… you’re basically the only one seeing your site.

(it’s a neato affiliate button I made… ya like?)

I could cover my whole site-creation journey up ’til this point, but I don’t want to get too far away from why you stayed this long. Hit me up in the comments telling me all of the ultra-cheap or free options you have for the readers which have turned out awesome for you. Would love to hear about how you went about making your textual, visual, and monetary dreams come true!

Get you some yummy patrons!

There are a good number of services now which can automate much of the heavy lifting and get you started right away with an account where folks who like what you do can sponsor, subscribe, or donate to you.  Obviously PayPal is the biggest, and it’s the one I use.  You’ll see a button in my bio (before you get to the comment section) where you can subscribe to me for $3 a month, and a convenient unsubscribe button right there as well.  In case anyone wants to make one-at-a-time splurges on me, I’ve created another nifty button which I situated immediately below.  Buttons are shiny, ok? c:

Thanks for hanging out with meeeeeee