Hypocrisy can be chill! :D

You’re not harming another with it tho, right? 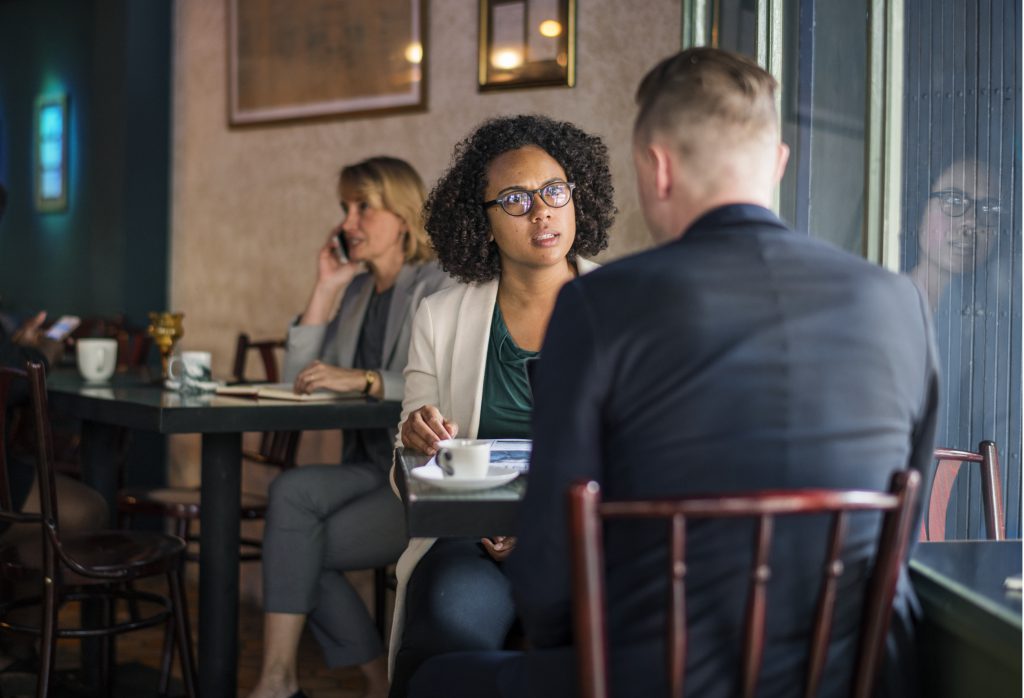 Nah, they didn’t just say what you think they said.

We should… maybe lay some ground rules first?

Arguably, one of the most humiliating things to experience is for someone else to point out to you that you’re being hypocritical when they’re right. Most are able to gather the meaning of this powerful set of words simply through enough life experience. However for the sake of providing a baseline: I’ll put up what the Big ‘G’ throws me when I run it by them: 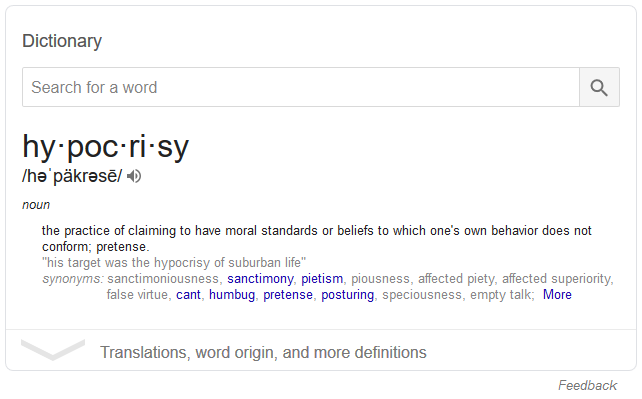 Google and the Google logo are registered trademarks of Google LLC, used with permission.

This can certainly invoke feelings of your narcissistic family member(s), or a bad teacher you had growing up. Honestly it could be anyone who’s spent enough time with you. Most never admit that they were indeed hypocritical in the way they handled you when compared to how they handle themselves in the same context. Ever receive a stern “Do as I say, not as I do!” lecture from a parental figure who either had been caught red-handed in the past doing, or who unashamedly still does, the very thing that you were summarily ‘found guilty’ of? Of course it felt unfair and bad! They were in the wrong, yet in their defiance they sought to make you bear the shame in order to prop themselves up above your reproach.

Yes, feel free to comfortably relax. I’m talking about a different, ‘better’ sort of hypocrisy here. Not sure how hypocrisy can ever be good you might ask? I wasn’t either until I had a certain notion pop into my head today. It was quite liberating and freeing as well to come to this realization, despite the fact that this post happens to be about my own hypocrisy.

There’s no way I can live up to the statement “I will help you.” in my slogan if I’m barely able to help myself:

While sharing such a revelation is humiliating, it’s still freeing to release myself from the self-imposed ‘chains’ of imagining I’m someone who could help you in the slightest with anything. Don’t get me wrong: something I’ve written on this site may (someday) resonate with someone, and so in that way I’ve perhaps helped them a tiny bit. If I’ve helped anyone, then that’s awesome! All of today’s ‘epiphany’ however still leads me to the following, unfortunate stance:

I accept that my banner’s slogan is clickbait, and I’m not sorry.

Yay! NOW we’re getting into some *solid* old-fashioned hypocrisy that you can sink your teeth into! It feels like too much work for me to change the banner right now, and it’s spread around a couple places at this point, so I’m leaving it as-is for the foreseeable future. Most probably don’t care and realize it’s clickbait anyway, so it’s safe enough for me to rationalize-away any potential harm it might cause someone who’s unable to figure out ‘chill’ for themselves and comes to me in a last-ditch-effort sort of way. I would hope that anyone struggling in a desperate way with how they might learn to chill (who stumbles onto my site) would at least get in touch with me somehow. Otherwise I’d not be able to do anything specifically for them, you know? That being said…

I’m NOT a therapist! Fortunately I’ve never claimed to be a therapist or even someone from the medical field whatsoever. Folks who need counseling should seek out professional help. I’m sure licensed therapists are all over the Web, and many are likely free. Help with the sorts of things which counselors are able to assist a person with has never been the focus of this site.

I’m sorry maybe I missed something, how can hypocrisy be chill?

Yes, yes, my lovely observant reader with the good memory, I’ve not forgotten my potentially spurious claim in the heading. What ends up falling out of the humbling realization I had is that I shouldn’t bind myself by trying to BE anything which I might imagine people expect of me on this site. For example, now you might see a post where I’m *NOT CHILL* :0 …aww yeahh.

Ultimately this is my site to do with what I will. I’d love for you all to come visit, but I refuse to write myself into a box where I’m expected to spew-out some impersonal eHow article on “how to chill”. I don’t have all the answers, and neither do you of course. I may not freely share my ‘legal’ identity here, but you’re getting ME in ways that many in my real life are never able to see…